1. FOOD is not what you’d expect

I’m sorry to start with a minus here but being a foodie i was kind of disappointed on what New York City has to offer.

The street food was greasy (acceptable items: pizza and pretzels) and don’t even consider to get closer to a Subway.

The only decent meal I had last time was at Hard Rock Cafe in Times Square, but be aware of the fact that you need to make reservation and there is a waiting list if go directly there.

But it’s all worth it for that American classic burger (if you cannot make it to Snake Snack – they also serve amazing burgers), with some nachos on the side perhaps and a good beer. Enjoy!

If you are in Manhattan you simply cannot miss out on this experience.

Chicago Musical has been running for over 20 years on Broadway, the atmosphere is incredible with a cast full of creative people.

The award-winning show is about 2 h&30 min, with a 15 min break and the official price is almost 50$. Still, there are people selling tickets in Times Square for much less (around 30$). 3. Feeding or not the squirrels in Central Park

Even if there is a debate going on now on the repercussions that feeding wildlife brings on the environment, I would still say go for it.

We assume that we can be in control of many things related to nature and animals, but the truth is that we simple cannot see the whole picture.

It’s an amazing thing to connect with any animal, so please carry peanuts and the little jumping ones will come directly to you in a rush. 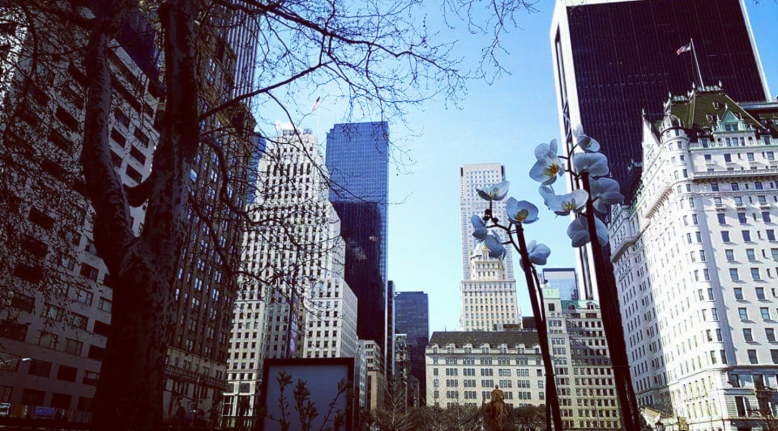 This is not only a romantic thing to do, but also a good way to start your trip in Manhattan, just to get that historical feeling kicking in.

I always say that before the fun attractions it’s always good to get the historical sense of the place that you are visiting.

In New York you could do that by going for the museums such as the American Museum of Natural History or walking across the Brooklyn Bridge, an icon of the city that connects Manhattan and Brooklyn.

Going for a horse carriage ride could work as well, just remember to ask 2 things before you take the ride: what will be the duration of the ride and where are you going to be dropped off ? (there have been complains in the past, like for example: a half hour promised ride that lasted only 10 minutes) .

The New York City Subway was opened in 1904 and it’s currently working 24 hours/per day and from what i recall, every day of the year.

Once inside, you might feel like you are in one of those movies about the future, with poor people living in an underground world.

There are many smells and sounds happening, it sometimes rains inside but yes, let’s do remember there are eight million people living in New York City and the subway has been running for more than 100 years so those are pretty good reasons for its condition, I would say.

Each of the them has its own attractions for visitors.

The most popular, Manhattan is where you’ll find Empire State Building, Central Park, Times Square and from the lower part of it the ferries that leave for the Statue of Liberty.

Brooklyn it’s the most populous from all the five divisions (called boroughs) and part of the tourist attractions here are Coney Island and Brighton Beach.

Queens, with the largest area of all the 5 boroughs, is also home for the Greek Astoria, where you’ll find a cultural mix of restaurants, bars and shops.

The Bronx is in the north part of the 5 boroughs of New York City and is where you’ll find the famous Yankee Stadium and the Bronx Museum.

Staten Island is the southernmost part of New York and from here you can ride the Staten Island ferry for free to reach lower Manhattan (25 minutes trip).

If the yellow cabs (called medallion taxis) are iconic for New York, please note that since 2013, green cabs have also been introduced, with the same fare system as the yellow ones.

Sometimes it’s easy to find a taxi (if you are lucky), just remember to act as a local once you reach one and give tip at the end ( customary that’s about 10% or more of the total fare).

Note: Be careful while crossing the street in NY, the rush is unbelievable and distractions are many.

There are many parks in New York where you can enjoy your lunch break or simply take a full day bike rental to move around.

If it’s winter, go for ice skating in Central Park.

You can choose between Wollman Rink (located in the southern part of Central Park) – featured scene in the movie “Love story” – or Lasker Rink (northern part).

9. You either walk or you walk

If you are like me, an excited tourist trying to snap some pictures, Times Square can be a hard field to try it. The rush is legendary, the place is definitely overcrowded, if you’ll stop for a moment the people will probably drag you along with them.

I was wondering where is that American dream, when after sunset I saw with my own eyes families with children searching the waste containers for food or any useful items ?

What is the state really doing today for the people that lost their homes or simply cannot afford a rent ?

Considering the fact that the number of homeless people in New York is today 83% higher than it was 10 years back (data collected from here) i would say not much.